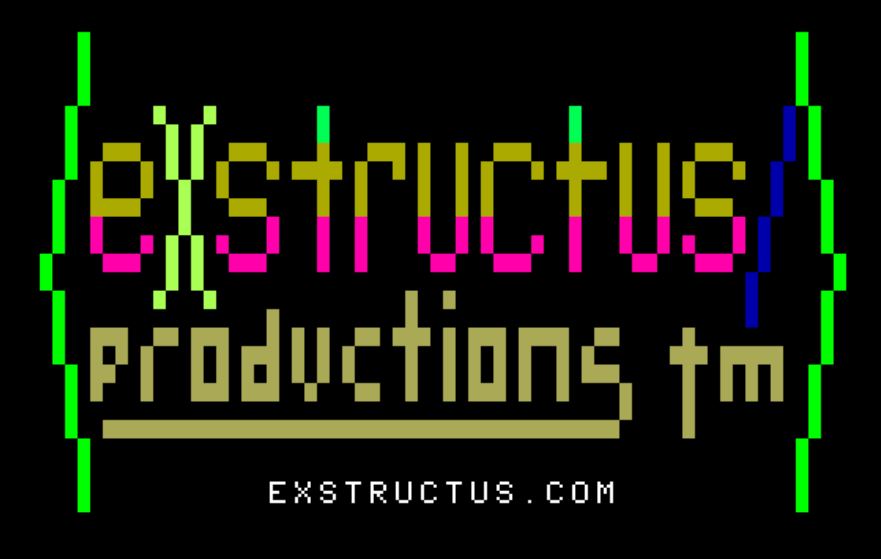 Emissary (a.k.a. yet another space game) is a space adventure game for the Tandy Color Computer 3, currently in development. A multi-level BASIC game involving a lone space-traveller touring through the Universe, encountering strange phenomenon and other civilisations.

This is a game that I have been wanting to do since I was a teenager. Now, at 47 years old, having support from the Color Computer Community and getting huge inspiration from people like John Strong, John Linville, Nick Marentes, Rick Adams, D. Bruce Moore, Paul Thayer, Steve Bamford and Steve Strowbridge, I thought it was time to do it!

This page will be used for blog posts, designs and code relating to the game development, and eventually a place to download the game when it's completed.

The player will be piloting the USA Emissary - USA standing for the Universal Space Agency. Players will travel around collecting and combining elements to power and fix your ship, create food items for the health, and may even possible meet some friendly or non-friendly aliens along the way - you may need to trade with them, or fight or retreat from them to survive.

Well, I feature-creeped myself. Once I put the screen together from my last blog post, I decided I didn't like it, so I rebuilt it.

I like this one better, but I am still not happy with it. I am going to work on my own fonts as well. There are parts of the screen missing, such as meters and switches/knobs etc, but I will keep working on this screen to see if I can get it better.

I have also done some work on the elements that will be viewed on-screen, such as a friendly or enemy ship, gas clouds, rocks, exploding ship and what a ship looks like after it has exploded.

I have been re-aquainting myself with the Disk Extended Basic, multi-dimensional arrays, and the CLEAR command. I have been really happy with the usage on the disk, so I am hoping to have all 9 levels on the one disk. I am still self-debating over which way to go:

I'll probably make that decision a bit later when I see how much disk space is being used.

Multi-dimensional arrays were always interesting to me, trying to keep track of which dimension I was using at any given time. I am also experimenting with the CLEAR command to allow enough space for my strings. This game has been a good retraining exercise in BASIC on the Coco.

Development blog post 1: Just how big is the Universe?

AKA: How big do I make this game?

I have big plans for this game. At this stage, I want to have around 9 levels, 324 visitable sectors per level (that's 2,916 places for you to visit, each level being an 18 by 18 sector map), and I also want to support the Tandy Speech/Sound Cartridge Pak. Supporting the SSC means a fair bit of work to make the sound effects, and to get the speech right. There will be more about the SSC support in later posts. Having to start somewhere, the map of the game sounds like a good place to start.

I am using a combination of Word and Excel to map out the game. With nearly 3,000 places to visit, I need to have an idea of what the map looks like, and entry/exit points into each level. Below is an example of how I am mapping the game out in Excel.

The actual map will have the starting place in the middle of the map, thus allowing the player to branch out in any direction.

It's quite a big map. It looks like I have "feature-creeped" myself, again. But I want this game to be entertaining, so it needs to be a size that it can be played for a while. It is a role-playing game rather than just an adventure game.

Having grown up using the Coco's BASIC, there's still some things I need to learn about BASIC - I bet this game will do that for me as well. And, at some stage, I will put out a call for game testers from the Coco Community.

I am also using Excel to map out my gameplay screen. I am using HSCREEN2 on the Coco 3, which allows me to use 320x192 pixels at 16 colours. So I set up a grid in Excel and mapped out where I want everything on the screen, making sure that I make full use of the 8x8 pixels for HGET and HPUT actions. Below is a first draft of what it might look like.

There's a lot of work to go on this - It needs to be put together on a Coco to see what it might look like.

Thanks for looking. Stay tuned for more.